The long-awaited reissue of the BRAINBOMBS 1999 album Urge To Kill. Nobody knows what a Brainbomb is, but with the sounds of this record strapped close to your skull you will not need your fancy pants college thesaurus to figure out exactly what the meaning is. This record is maximum, in-the-red and dealing with more issues than a year of after school specials. Sounds like a fried out speaker blowing a mix of Detroit fueled orgy fun and evil bad-assery. Driving around in your car, being tired, picking up hitchhikers and killing them with hammers and screwdrivers—just some of the raunchy matter touched on in the 36-minute squirt of brain-burned bile. This shit is better than Burning Hell, their middle finger classic of 1992. A Brainbomb is the hit to your head and the sound your head makes when it hits tarmac. I understand if you don’t want to listen to a record that rocks dangerously. I also know where you live and when you get off work… You’ve heard of the Hellacopters, Turbonegro, Gluecifer, and Union Carbide Productions. The North Countries know how to churn out the rock…hard. Brainbombs decimate all these bands with their brutal thug rock. This isn’t heavy metal, there is no boogie rock on this, and they are not punk rock. Brainbombs go for your jugular. Isn’t rock music an outlaw sound? Its not funny, its like hitting yourself with a hammer. Bands like Drunks with Guns and Whitehouse aren’t funny either. Originally released on vinyl by our friends at Load Records, now kindly reissued with their blessing. (Armageddon) 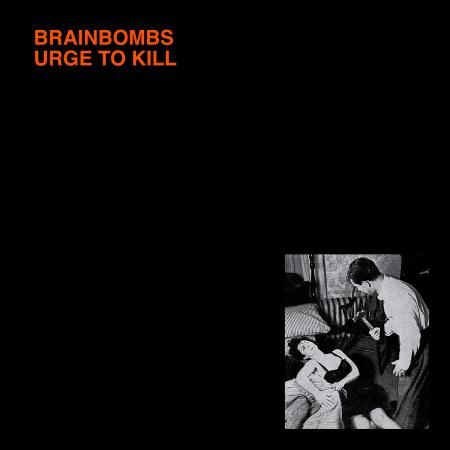