“On Des Demonas’ new seven-track EP Cure For Love there’s a whalloping drum beat driving everything. But the throbbing, pumping bass, clanging, slashing guitar and whirling, swirling Farfisa are no mere passengers in this vehicle! I’m told by the other band members Paul [Vivari], Joe [Halladay], Mark [Cisneros] and Ryan [Hicks] that vocalist Jacky Cougar Abok is the loudest drummer they’ve ever heard. “But here he sings! In motifs. He sings out a beat, he sings minimalist melodic hooks. He half speaks/half shouts his lyrical content in rapid fire that is closer to beat poetry than rap. His voice is insistent and demanding to be heard! And it is! By having it slightly submerged, the listener is forced to strain to hear the words because they won’t wanna miss something important! “The sonic fuel of the band is a blend of post-punk, punk, funk, blues, psych-rock, Afrobeat, even bubble-gum—but the noise you hear is pure Des Demonas! “Titles like the ‘Ballad Of Ike & Tina’ and ‘Black Orpheus Blues’ add to the intrigue rather than explain the content. The listener is both confronted and lured by something bigger than themselves! Desire, intrigue, fear and exuberance are the rewards to those unable to resist! But will yout love be cured? “You could look to Shakespeare, or simpler, you could buy this record and find out!” —Kim Salmon (In The Red) 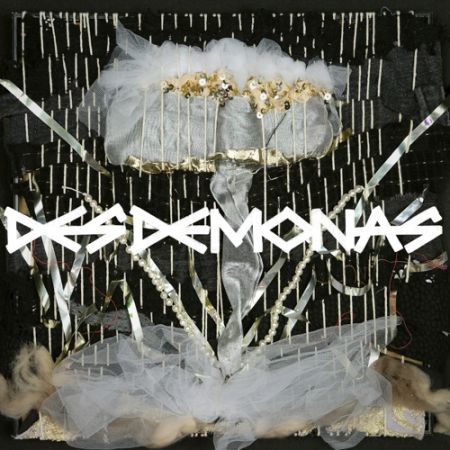