180 gram vinyl, full color gatefold sleeve with Flipper on tour game insert. "Public Flipper Limited was originally released in 1986 as a double LP of live material culled from 1980-1985. The sound quality and playing are both a grimy, distorted mess, which suits the band just fine. Always alternating between endearing and abrasive, Flipper left no room for the middle ground of 'like'. The album title is a shot at John Lydon and his alleged plagiarism of Flipper's artwork for his own PIL and it proves that Flipper was never opposed to alienating its audience, no matter how sanctified. Harsh, art-rock classics from one of SF's most important post-hippy era bands." (4 Men With Beards) 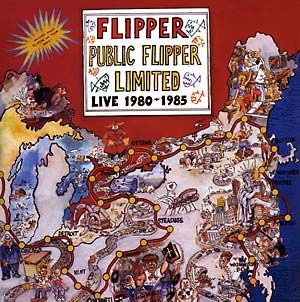