"Somewhere between the first and second Harry Pussy singles, Adris and I worked up a set's worth of 30-second 'songs.' I doubt we ever played the whole thing live, but we did record it over a couple of nights at Rat 's studio around the corner from our Michigan Ave apartment on Miami Beach. Our occasional bandmate, Ian Steinberg, a teenage accordionist whose mom dropped him off for the session, showed up on the second night to contribute vocals and fuzz accordion on several tracks. Of all the songs recorded, only 'HP Superstar' was ever released, on 1995's What Was Music? compilation, though 'No Hey,' 'Youth Problem' and 'Prelude' appeared in other versions elsewhere. Live renditions of some of this set are also captured on the 'Live in Chapel Hill, 1993' single."—Bill Orcutt  "Almost as if The Germs had the diligence of Minutemen. Sounds like a crazy idea, but this record is nuts! "—Byron Coley (Palilalia) 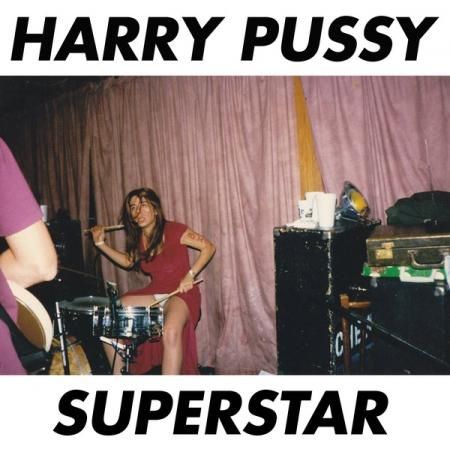