JAY, ABNER "I Don't Have Time To Lie To You" LP

“Abner Jay is the most unusual talent in the world. A true Southerner from South G.A. He was raised layin on his belly, drinkin water from the ol Swaunee River. Jay claims the secret for his good health and being the father of sixteen young’uns, and gonna git some more, layin on his belly drinkin water from that ol Swaunee. Abner still go to the Swaunee River every Sunday, and lay down on his belly. Abner is twenty five years older than you think.” - Abner Jay Stunning one-man band tunes from one of the United States’ great unsung artists. Rare and previously unreleased tracks from Abner’s vast catalog of home recordings, showcasing some of his most haunting and powerful vocal performances on revelatory new renditions of classics like “I’m So Depressed” and “Ol Man River.” A truly independent artist who performed at swap meets and fairs out of his custom converted trailer, Abner Jay traveled the United States from the 1930s until his passing in 1993. Told with his characteristic blend of humor and pathos, I Don’t Have Time To Lie To You is an unsparing take on the country Abner knew so well, and possibly the best full album of his music to date. Licensed from Brandie Records and Abner’s family, 160g black vinyl comes in heavy old-style tip-on jacket. (Mississippi) 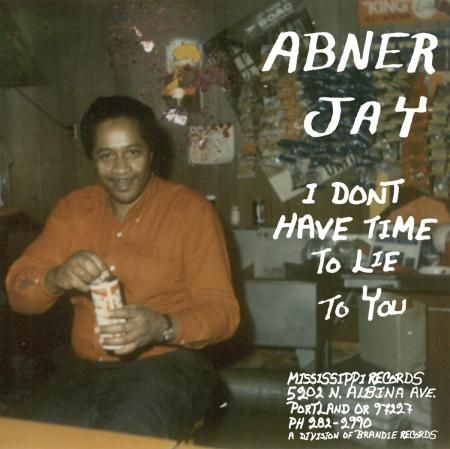