Heavy Air is a 30 song puzzle / map masterminded by CHRIS GUNN (THE HUNCHES, HOSPITALS). Recorded on analog tape machines over a period of years and outside of the genre concentration camps. A home recording project approached completely open to experimentation but in love with songs. Like Terrence Malick's Tree Of Life remade by the ghost of Phillip K. Dick; projecting sounds as images inside your head. It's extremely psychedelic and dense with layers and layers yielding new secrets with each listen. Songs / melodies / lyrics appear and reappear as half remembered dreams or reconstructed memories. It's a circuitous path through pop songs ("My Time", "Those That Bend"—with a Waterloo Sunset vibe), blasted rockers ("Fingers Like Wounds"), beautiful instrumentals ("Feel The Ground", "Telepathic Axe"), fractured folk ("Between The Trees"), weirder experimental songs ("Vacuum Creature", "La-Bas"), straight up fried epics ("Transcendental Hangover") plus a few covers in the mix including a maximal / minimal take on The Godz mantra-like ode to sun worship and a Townes Van Zandt tune that is derailed by a massive panic attack. Traces of Big Star, Royal Trux, Brian Eno, Meat Puppets II, American Beauty are in the DNA but The Lavender Flu is its own beast.

While it is obviously insane to release a double album debut in the current no-attention-span era, it is the only way. Put in the time, you will be rewarded. This is one of those rare double albums that isn't overripe or padded with mediocrity. All killer, no filler! Super dynamic pressing! Completely insane on headphones! Recorded by Chris at home with lots of help from JUSTIN HIGGINS (of Old Standard Sound), LUCAS GUNN (THE BLIMP), SCOTT SIMMONS (Exiled Records, HELEN), BEN SPENCER (The Hunches), ADAM STONEHOUSE (The Hospitals), HART GLEDHILL (The Hunches), SPENCER CLARK and others. Repress on clear vinyl with different colored labels. (Meds) 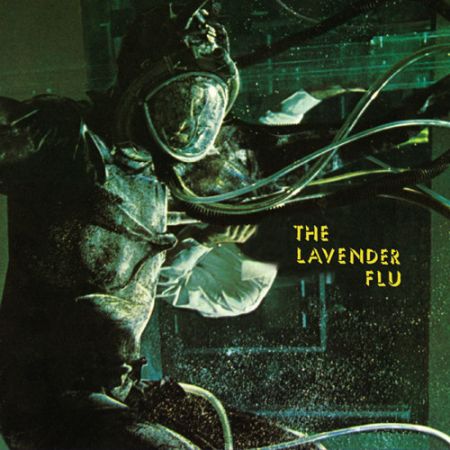