It was claimed that creativity would explode during the Modern Age Plague. A never-ending potpourri of art, music and cultural expressions of your choice. But did that really happen? It certainly did not happen at the Levande Begravd headquarters. The boredom ate our brains, and the usual supply of lousy-sounding records were nowhere to be found.
Until now, that is. The Spanish/Danish trio Men & Health, aka the best looking band on the face of the earth, spit their hatred, ridicule and contempt upon us. Armed with cheap drum machines, stoopid lyrics and scrappy-sounding guitars, this is the kind of stuff aimed at anyone who ever got sexually aroused by Johan Kugelberg's Top 100 DIY Singles list. Some might say "shitty music for shitty people." 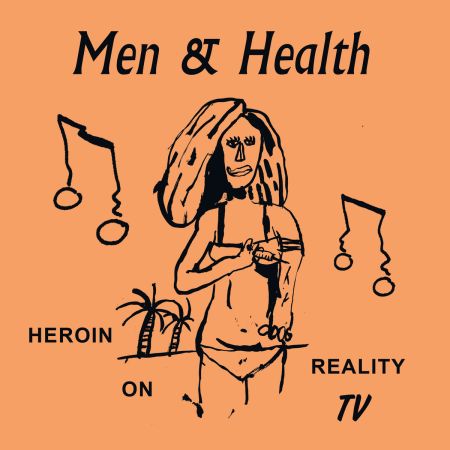