There was a young Boston lad named John Felice who took it upon himself to say “F.U.” to the current dull-ass folkie/prog/Top 40 crap and blast forth with HIS OWN fucking vision and, most important, POP SONGWRITING MASTERY of Groovies/ Stones/ Kinks/ Stooges/ VU/ Dolls-influenced rip-roar.

In 1970 at age 15 John Felice formed the Modern Lovers with next door neighbor Jonathan Richman. At age 16 John Felice formed his own side band, which Jonathan Richman named The Children’s R&R Band because Felice was in 10th grade and drummer Paul Murphy was in 9th grade and lead singer Ricky Carmel was in 6th grade. A band consisting of teenagers covering the unissued Velvets’ “Foggy Notion” was certainly an oddity in the age of Zep/singer-songwriter folkie pap. Felice departed the Modern Lovers in January 1973 to concentrate on The Children’s R&R Band, who soon became The Kids. Johnny Thunders and Jerry Nolan quit the NY Dolls in the midst of a disastrous tour, returned to NY, formed the Heartbreakers with Richard Hell, and phoned Felice to come audition, with Felice spending a harrowing/heroin Memorial Day weekend 1975 rehearsing for 3 days, with Felice wisely heading back to Boston.

In early 1976 THE REAL KIDS formed and started wailing the hell outta Boston, and would become labelmates at Red Star Records with Suicide. Just upon the verge of exploding into the Big Time, the Real Kids imploded along with Red Star. The booklet goes full-depth into all these years and circumstances. 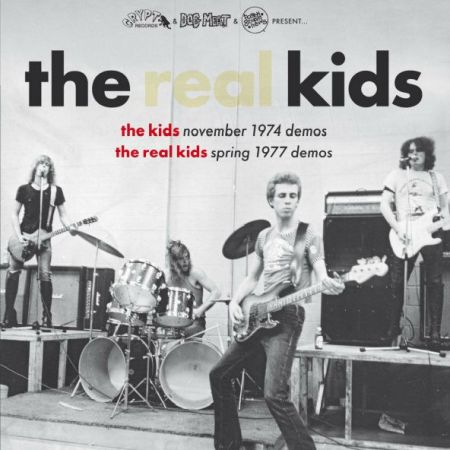