RIK AND THE PIGS "The Last Laugh" LP

***"Feeling Lower than the Dow Jones Industrial Average? Me too, but this record is helping. When I heard it I finally believed that one guy with long hair and a green shirt who told me 'Those Cats Can Really Play!' Rik and his deplorable Pigs imploded in 2018 but not before recording two final sessions in California—one with Mike Kriebel (The Beat Sessions guy), another with Tony Santos. They skipped town before paying the bill, but we’ve stepped in to pick up the tab because we think it’s a great value. The Pigs, man…those guys are the laziest delinquent sort of pig slobs ever born, but at least they’re well rehearsed. They’re salty from marinating in the degenerate RNR Dick Manitoba, Cheetah Chrome and Dave E gave us long ago and it shows. Ricky the cunning wordsmith delivers with weasel verve, as one with an actual Venus in Taurus would. There’s a rawness and honesty here that has more to do with 80s hardcore than the modern garage rock scene that has embraced them. 'Lifes A Bust' is the hit—a scorching groove that lasts 7 minutes 26 seconds and still somehow feels too short. Play it at the bar and the people over 40 will be tapping their toes. The Last Laugh is probably a great gift for your father or father’s father, get it while it’s hot!" (Lumpy) 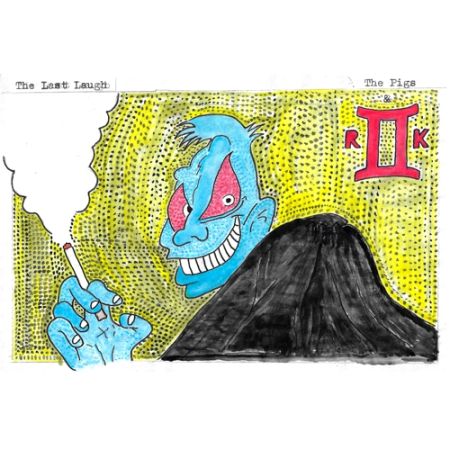