A lot of folks who know The American Devices do not know that they started out as the D-Vices, with Phil Nolin as their front man and guitarist extraordinaire.

I met Phil in 1979 or 80 at the Hotel Nelson. I used to go there by myself every Friday night to hang out, meet people, and see bands, as my own group The Ulterior Motive had just broken up. At the Nelson, I saw the Normals and talked to Robert Labelle between sets. I also saw The Electric Vomit, Teenage Head, and The Brains there too. One night, Teenage Head, during their set, threw their album into the audience so that whoever caught it would keep it. That person was me. Phil was there that night and we met. I was looking to reform The Ulterior Motive, so we decided to join forces. What we did was, when I was playing my songs, Phil would play the bass, and when Phil did his songs, I played the bass. Our drummer was Pierre Perron. This worked for a while, but then Phil decided to go out on his own. Hence was formed the amazing D-Vices.

These two re-discovered tracks are an incredible find! I am so glad they are finally being released. More than ever, in this age of washed-out, gutless music, these songs, Phil’s vocals, and amazing guitar work need to at last be heard again! -Keith Strange (Celluloid Lunch Records) 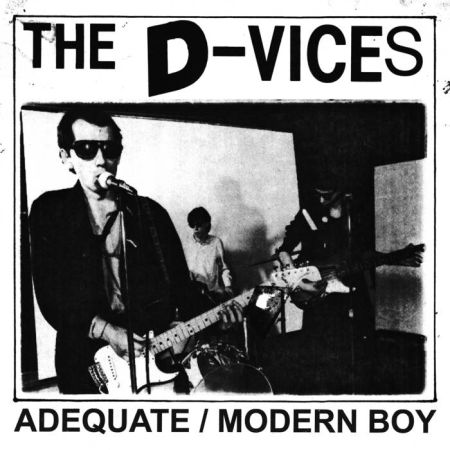