In the summer of 1981, The Fall embarked on their second American tour, criss-crossing the States over a two-month period. Featuring the dual guitar of Marc Riley and Craig Scanlon and rhythm section of Stephen Hanley and Karl Burns, A Part Of America Therein, 1981 would document this fabled journey with crucial performances that show the band evolve from noisemaking lout cultists into true post-punk legends. “From the riot-torn streets of Manchester, England to the scenic sewers of Chicago ...” as the album opens unforgettably with a nameless promoter introducing The Fall, who proceed to tear into a hypnotic take on “The N.W.R.A.” stretched into a near stare-down that is wholly different than the studio version on Grotesque. The LP highlights Mark E. Smith’s incomparable bite, heard most notably on the adlibbed vitriol of “Totally Wired,” where not even the costumed punks were safe from a proper dressing down. A Part Of America Therein, 1981 proves once again that The Fall’s constant rally against complacency was a top-down directive and intrinsic to their wonderful and frightening sound. Superior Viaduct’s edition is the first time that this album has been available on vinyl domestically since its initial release in 1982. Liner notes by Brian Turner. (Superior Viaduct) 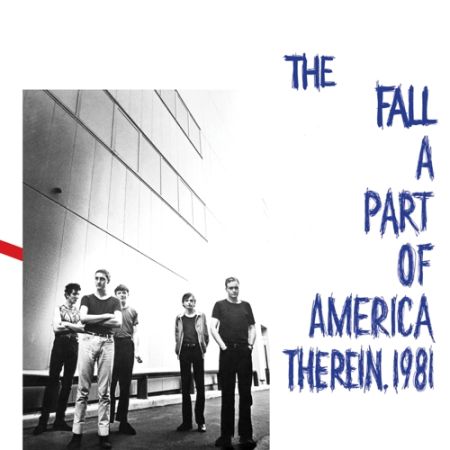