***"'They are always different, They are always the same'—TRAUMA HARNESS are secret Heads. I grew up with these three boys and they have had a huge impact on my life. JOSH, ANDY and JOHNNY were all playing awesome Rock n Roll back in 2007 when I met them in Belleville, IL. It was a legendary time for DIY gigs there—kids would turn out in droves and dance for every band and then after we’d all end up in a parking lot somewhere acting like idiots all night. It’s wild to think we’ve been friends for 15 years now. By 2011 each of their respective bands from before had ended and Trauma Harness was born. Over the past decade they’ve proven themselves year after year as talented songcrafters, committed hardworkers and fanatics of rock n roll. It’s rare that a band survives this long and stays interesting but somehow they’ve done it; they’ve cracked open a solid cohesive sound unconfined by the parameters of genre. For me, John Peel’s above quote about The Fall is just as applicable to Trauma Harness as it feels reductive to call them a post punk band, a synth pop band, a power pop band, etc. Much like The Fall, Trauma Harness has created a whole world of their own. They’ve been a constant pulse in the Lumpy Records catalog since the very beginning with four tapes, two 45s, and two lps released on the label since 2012. And thus I couldn’t think of a higher note to end on then by one more TH record—a collection of my favorite pop songs by them that have only been released digitally or in very limited cassette runs over the past decade. Fifteen tracks of blissful midwest gloom pop for all freaks, heads and ninnies. Cry for the death of Lumpy Records but rejoice that Trauma Harness will likely still be making kickass rocknroll from the nursing home in 50 years. Art by the talented ERIC MAYER (Tenement, Bored Straight)." FFO: Television Personalities, Stiff Little Fingers, Joy Division, The Fall, The Clean, The Gordons. Edition of 500 copies with lyric sheet included. (Lumpy) 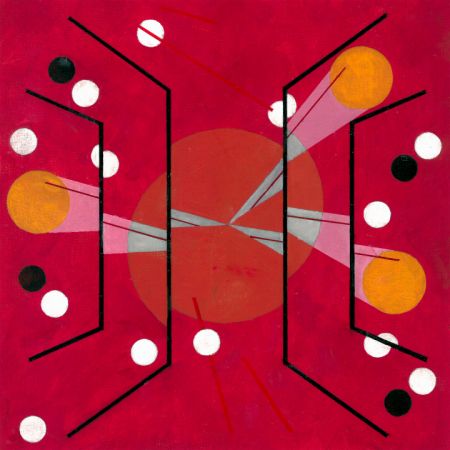