SKU
D EZR077
$23.50
If you thought Riding Easy was getting close to the end of the Brown Acid series with their last Trip, you were dead wrong. They’re only just getting rolling. The well of privately released hard rock, heavy psych, and proto-metal 45s is deep and nowhere near tapped out. Most of these records, barely released and never properly distributed, were never easy to find, unless you’re willing to dig. Hard calluses have formed from handling the shovel and sifting through a lot of dirt, but here are another ten tremendous tracks to share with all the heavy heads out there. This volume brings together eight insanely rare and skullcrushingly heavy 45s as well as two previously unreleased bangers. The records included on this volume vary in rarity, but at least two of them were virtually unknown until Riding Easy discovered them. You’ll win the lottery before you find copies of all of the original 45s in even the best record stores. Many of those included in this volume are owned only by the members of the bands and some of the band members don’t even have personal copies. That’s just how hard these guys hit it back in the day! It’s lucky some of these guys are still alive and well enough to give permission to use their masters. (Riding Easy)
[D EZR077] VARIOUS ARTISTS "Brown Acid: The Fourth Trip"
Skip to the end of the images gallery 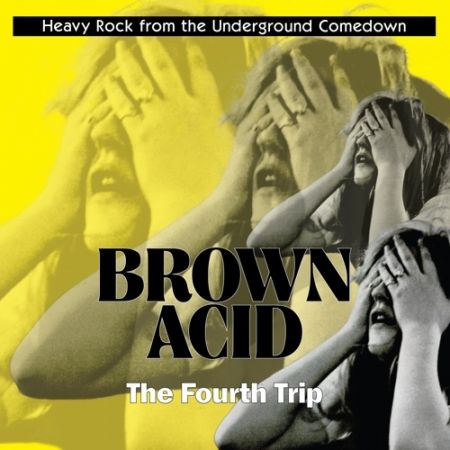