Here are just some of the gems from this latest edition of the popular compilation series featuring long-lost vintage ’60s-’70s proto-metal and stoner rock singles, Brown Acid - The Thirteenth Trip: Max, from Montreal, QC—originally known as Dawn, before Tony Orlando & Dawn forced a name change—kick things off with “Run Run” from their lone 1970 single. It’s a hard-hitting rocker with scale climbing crunching guitars and powerful Bonham-esque drumming. “Feelin’ Dead” is extremely heavy blues from this also extremely rare 1974 single by Detroit, MI’s Master Danse, which was only released as a promo 45. Think Led Zeppelin’s “Since I’ve Been Loving You.” Gary Del Vecchio is “Buzzin’” hard, and from what sounds like an in-studio party of yelps and chatter at the start of the song, it seems that the whole band was in on the festivities. The funky blues riff, reminiscent of Led Zeppelin’s “Heartbreaker” and rollicking rhythmic changes certainly keep the buzz a rollin’. Finally, Good Humore’s swaggering 1976 rocker “Detroit” is a slick and smooth paen to the Motor City. It most likely doesn’t predate “Detroit Rock City” by Kiss, also released in 1976, and it has more rock’n’roll swing, but it could fit comfortably alongside the era’s arena anthems. “Mining the surprising rich reserves of heavy rock and proto-metal from the ’60s and ’70s, these collections have been crucial to understanding the history of a subgenre of rock that had far deeper roots than most fans realize.” – Paste Magazine (Riding Easy) 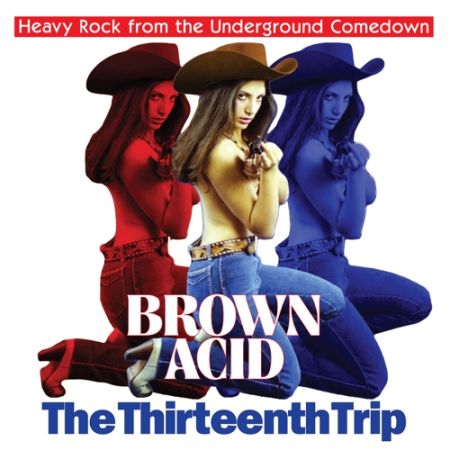