Tropical music and France go way back. The influential Brazilian musician Pixinguinha came through in 1922, the charismatic Cuban singer Rita Montaner triumphed a few years later, and the brilliant clarinetist Stellio from Martinique had everyone dancing through the night to the beguine. It's in bars where Don Marino Barreto's orchestra made the heyday of a surreal and carefree Paris. And after the Second World War, it started all over again. Chachacha was officially invented in the early 1950s by Enrique Jorrin, soon followed by the pachanga, becoming a staple of black-and-white films. This Chachacha affair is emblematic of the atypical history of popular music, that of back-alleys, far from the paths and furrows of glory. In terms of Latin music, these records that were patiently found in flea markets are becoming a rarity. These 7-inch vinyl records were recorded at Barclay, Vogue and company—low-consumption products intended to supply the shelves of budding suburban supermarkets. Features Cassius Simon, Spartaco Andreoli, Billy's Sax, Los Albinos, Los Goragueros, Rol Basti, Gillian Hills, Spartaco Sax, Norman Maine, Les Bretelles, Los Chiquitos, Norman Maine, Jack Ary, Henri Salvador & Jean Yanne, Les Gouapes A Musique, Los Cangaceiros, and Les Kili Cats. (Born Bad) 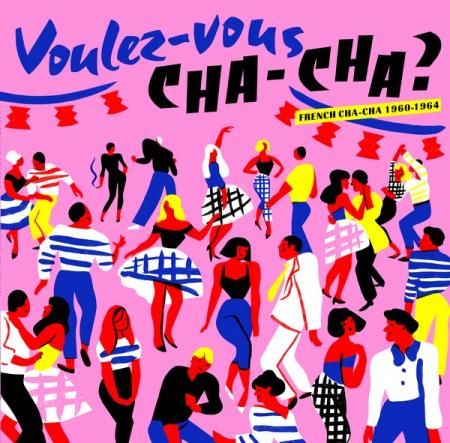