ARSENE OBSCENE AND THE LOOZERS - Self Titled LP

ARSENE OBSCENE AND THE LOOZERS - Self Titled LP

First album of Arsène Obscène and the Loozers ! Historical figure of the Nice scene for more than twenty years with Electric Mormons, Veines, Flaschen or Motarlozer, Arsène sometimes also puts on his writer's coat ("Punk Outsiders 1975/85" on Camion Blanc, as well as a few collections of poetry) while remaining faithful to his punk-rock roots... The album goes on like a bullet, 12 radical tracks (of which nine are less than two minutes long ! ) evoking as well the Spits as the Vapids, with the Ramones '76 DNA of course, with the brutal side of the Saints of the beginning and even a melodic touch of powerpop à la Nerves but not only... A co-production with Dangerhouse Skylab,  released on September 15, 2021.

[D DSL056] ARSENE OBSCENE AND THE LOOZERS - Self Titled LP 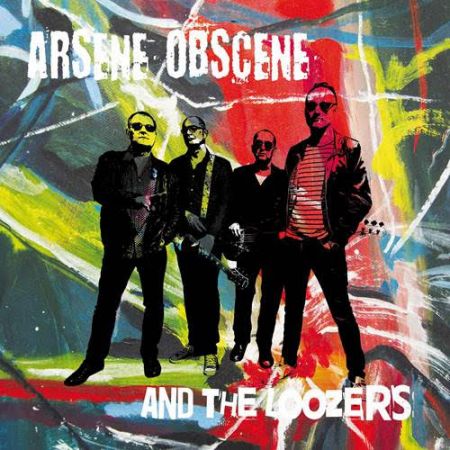