England's FREAK GENES are Andrew Anderson (HIPSHAKES, PROTO IDIOT) and Charlie Murphy (RED CORDS, HOLIDAY GHOSTS). With a crazy six-teeeen songs this could almost have been a double LP, but instead you get two A-Sides full of witty-gritty power pop, savage bar rock that has the distinctive flavour of musicians gone thru the class of LoFi with no false pretences. Sharp, cohesive songs that are so good you doubt they're all originals. "Playtime" has tons of attitude, adrenaline and pop sensibility, sitting on the end-of-the-70´s borderline between punk and pop that we love to death here. Some insistent WIRE tempos, some intense post-punk rockers, always clocking in at two minutes or less. Imagine if ELVIS COSTELLO had only an hour of studio time to boil up an album and he wants the middle seat between SWELL MAPS "New York" and NICK LOWE "Heart of the City". Nuff said, chew on this. Sun-soaked mastering by Mikey Young (EDDY CURRENT SUPPRESSION RING). 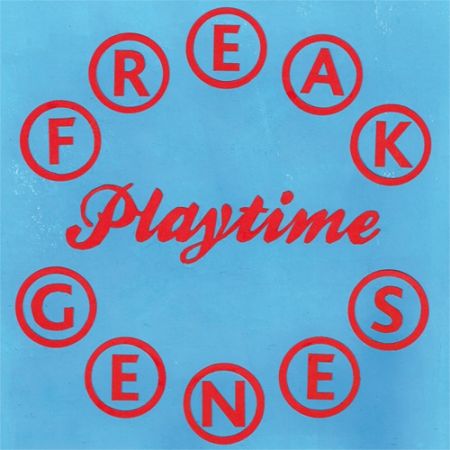