GINO AND THE GOONS "Rip It Up" LP

It only took us over a year, but in true Goon fashion we think we've finally figured out how to get a proper version of the super limited, custom made and long sold out third LP from Gino and the Goons into the filthy mitts of the general public. Originally manufactured in China and released in an edition of 300 copies on the band’s own SunWray Records label with photocopied artwork pasted onto garbage thrift store LP covers, the “Rip It Up” album is now available to the masses on MADE IN THE USA vinyl, with digital mastering handled by Tim Warren at Crypt Records. Mark Twisitworthy at Razorcake Magazine writes: “...catchy yet snotty, fitting perfectly amongst the big name “budget rock” titles of yesteryear. This is everything I want in a garage rock record in 2018. Listening to this is like having a full LP of only the Jon Von penned Rip Offs songs—raw as fuck but catchy enough to get stuck in your head an hour later. There’s no doubting their adoration of raw rock’n’roll… If you like your garage punk sounding like it’s straight out of the best releases from 1994, then this absolutely must be in your collection.” Digital mastering handled by Tim Warren at Crypt Records. Compare this new version to the only other digitally available tracks that were uploaded by a slobbering fan to Youtube, and prepare to have your asses handed to you and knocked two steps back! 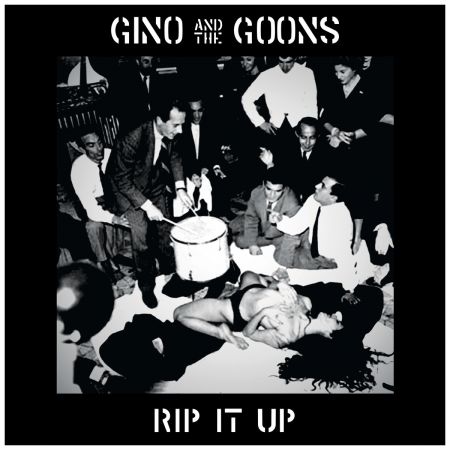