Makeouts "Back To Sleep" Lp

Makeouts are a Stockholm, Sweden based Garage Punk band. From day one of their existence the had quite a following, and with their wild live shows and stage antics they established themselves in the garagerock scene quickly. Their music is constantly evolving but they dont give a shit about the latest musical trend. Their first crude recordings back in 2005 had a early 90ties budget rock sound, they sent us a demo CD with four harsh and lo-fi tracks that simply hit the nail, just like the RIP-OFFS, SPASTICS or LOLI AND THE CHONES did, and those songs became one of our first 45s on Bachelor, catalog number BR-03.
In 2010, with their debut album „In a strange land!“ (also released on Bachelor Records) they won the swedish independent music award, manifest for best swedish rock album of the year. By this time they already have been touring in England, Germany, Austria, Holland and Italy and played with bands like Jay Reatard, King Khan & BBQ Show, Dirtbombs, Eagles of Death Metal, New Bomb Turks, Hunx, Nobunny, Ty Segall,...
Now, three years after the release of the critically well acclaimed debut album they are back with their opus magnum, „Back To Sleep“, a true masterpiece that will make waves and stand out of the tons of crappy "garage rock" records that get shoved into your ears each and every week... This full lenght contains noise, chaos and beauty, inspired by lots of cool music, but without sounding either retro or like a carbon copy. Europe now got their own brilliant garage punk band, the MAKEOUTS. 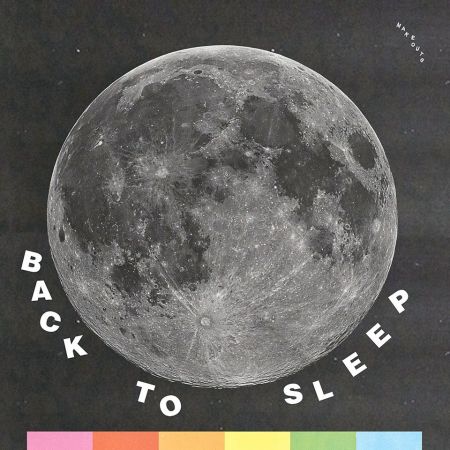