“A three day engagement at Boston’s Rat club (Jan. 20, 21, 22) kicked off the release of The Real Kids’ premier LP for Red Star Records. The club was packed to capacity despite the two-odd feet of snow and ice which had closed several of the city’s main thoroughfares during the week. Sunday, Red Star and The Real Kids celebrated the official release of RS-2 with friends, fans and members of the press with a party at a local bowling lane, with beer and pizza to boot. Everyone was a real kid (for the afternoon at least) as boots got traded in for bowling shoes and rock & rollers hit the pins to the tune of piped-in recordings of the Kids’ favorite records, past and present, including their own slice of vinyl history, of course. The highlight of the weekend came that evening with a live broadcast on WCOZ-FM, one of New England’s top FM stations. Featured on the live show were several tracks from the new LP, entitled simply, THE REAL KIDS.”

And THIS here is that night. Imagine that the Real Kids have somehow drunkenly stumbled from the bowling alley over to the Rat. Then imagine that a hammered band could pull off a set like this. Yes. The Real Kids were just THAT DAMN HOT. 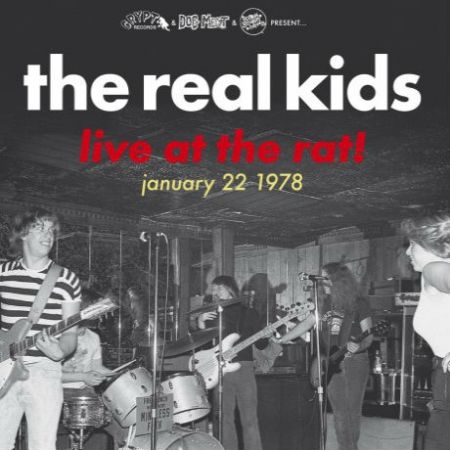