The Beavers are legends in The Netherlands, they started in the early-90s, recorded their first single on Kogar Records (NL) with Mike Mariconda (Raunch Hands, Devil Dogs...), their second record was a split 7" with none other than trash-kings GAUNT on Demolition Derby Records (Belgium)! They hung the guitars up for a few years while some of them played in The Firebirds, cool Garage/Surf band that extensively toured The Netherlands (they even appeared in some TV shows up there!), but when the Firebirds split the Beavers were called back from the grave. They did a single and a great 10" on the seminal dutch record label High School Refuse Records a few years ago and kept 3 tracks for a single on Frantic City! A-side is a fast Garage Punk pounder, side B starts off with a moody Garage track that sounds like a lost Crimson Shadows song, last track is an instrumental tribute to King Link Wray. 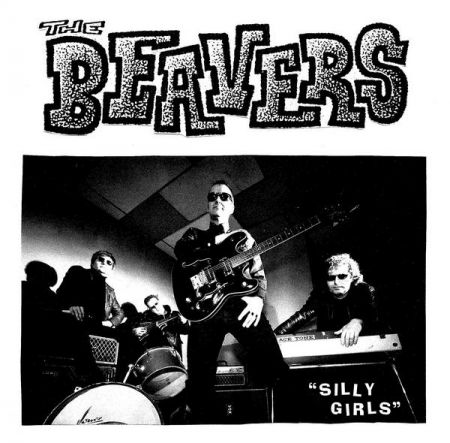