The Flip Tops "Are Still A Band" Lp

That’s right pal!! The Flip-Tops are back!! You probably wouldn’t have realized that they were always here with us because you were too busy playin with yours self! Lucky for you and everyone else these boys are still making the REAL PUNK ROCK racket while the rest of the planet has their ears clogged full of bearded indie rock douche melody and loft pop weird punk garbage that sounds like it's been recorded on some socially retarded assholes 4-track! Lucky for you the Gimp-O-Rama from BACHELOR RECORDS still gives a flying fuck about good music! You now have the opportunity to hear 11 songs of pure hatred mixed with enough sugary syrup to give you that stomach ache you always wanted!! You now have the opportunity to buy the second long awaited lp that has been years in the making from the only surviving band from the Legendary Rip Off Records roster!!! That’s right kids! The Flip-Tops are still a band!!!!!! 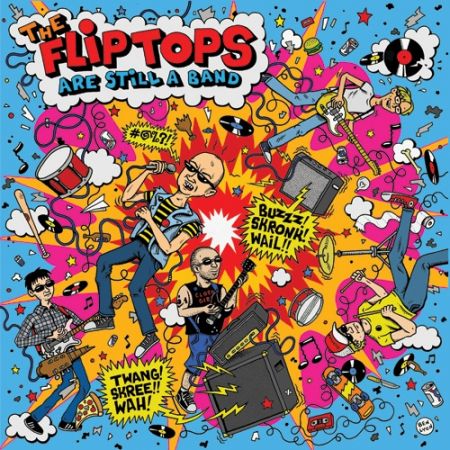