Started as a three-piece called The Gnomes, who covered Back From The Grave tunes (“That’s The Bag I’m In,” “Cry, Cry, Cry,” “Born Loser” and a few others), and wrote a couple of originals. Jaime switched from guitar / vocals to Vox Continental and backing vocals. Vince joined on lead vocals. Steve joined on guitar. Went through a series of bass players before ending up with Brew. Four out of five of the Wheels were cab drivers (hence the name). Van Buren Street for years was known as Phoenix’s center for drugs, prostitution, cheap motels and illegal street activity in general. Four out of five of the Wheels were heroin addicts at various time. Heroin broke up the band. Vince died in 2009, apparently after tripping over a show or something and hitting his head. Jaime, Steve, Chrissy and Danny live in Phoenix. They still play music. Brew lives in WA. Scott is a fireman or something. The band played 60s punk, blue-eyed soul, British r&b, Dutchbeat and Northwest frat covers live, in addition to their originals. They were high-energy and played most frequently at Tempe AZ’s legendary Long Wong club. There were no other bands playing this kind of music in the Phoenix area at the time, but several popped up during and after the Wheels. “C’mon and Be Mine,” “Hang Out With Me,” “(She Got) Green Eyes” & “Wicked Lies” were recorded to cassette 4-track by a toothless speedfreak named Mark who used to run sound for the early Alice Cooper outfits (The Spyders / Earwigs). “Moody Judy” & “Soon I’ll Be Gone” were recorded by Jack Miller (engineer on The Stones’ (“I Can’t Get No) Satisfaction,” “Duane Eddy’s “Rebel Rouser,” The Batman Theme,” etc.). All these songs here were written by Jaime Paul Lamb and Vince Bocchini. 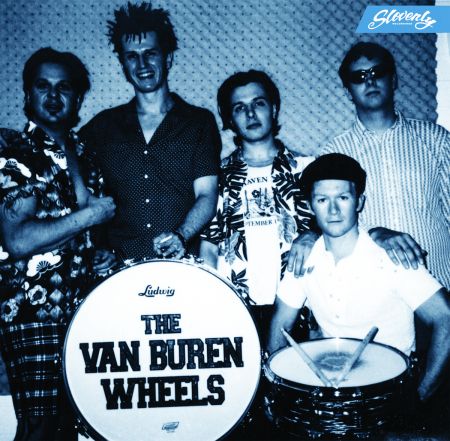