The store will not work correctly in the case when cookies are disabled.
Menú
Cuenta

WIPERS "Is This Real?" LP

SKU
D JPR82801
Sea el primero en dejar una reseña para este artículo
MX$ 495
Unquestionably Portland's most well-loved punk group, THE WIPERS formed in the late 1970s and in 1980 released their debut LP, Is This Real?— twelve songs of stabbing, jittery guitar, snapped vocals, and unabashed teen angst. Full of desperation and yearning, the LP has stood as a blueprint for wretched youth for over 25 years. In the early 1990s Is This Real? was given mainstream attention when Nirvana covered two tracks off the record and Kurt Cobain announced it was one of the primary influences on his group. Remastered from original tapes as provided by GREG SAGE himself, the LP is pressed on audiophile grade vinyl and housed in a deluxe tip-on sleeve. Includes a printed insert that replicates the original innersleeve. (Jackpot Records)
[D JPR82801] WIPERS "Is This Real?" LP
Saltar al final de la galería de imágenes 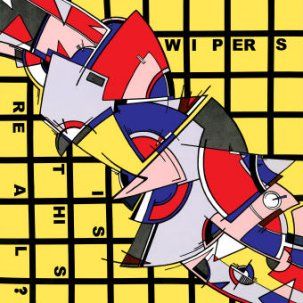