MAY 18 RELEASE DATE TO COINCIDE WITH THE ANNIVERSARY OF SEAN NELSON'S TANK THEFT, RAMPAGING THROUGH THE STREETS OF SAN DIEGO ON MAY 18, 1995! Now more than ever, with radio stations being inundated with too-earnest faux buskers, it seems that a lot of bands could really benefit from spending some quality time with Big Black's Songs About Fucking. Judging by this record by STALINS OF SOUND, who wrap their noise punk in pseudo-Communist propaganda, the band's done its homework. “Tank Tracks” finds the trio using a few tricks in the Albini playbook, namely loading a hefty wall of fuzz against a drum-machine backdrop, and the Stalins’ abrasive machinepunk contains its share of hooks, and even some downright pretty melodies. This is all relative, of course, but after the militant march of "Blood Sex," the group carries the song out on an oddly serene and dreamy coda. The tremolo-picked riffs of "El Cajon Beatdown" are just this side of a Norwegian black-metal demo, and "Monkeys Attack" might be the best song that Devo never wrote. It's not that hard to make a chaotic noise-punk record sound good, but STALINS OF SOUND have a knack for songwriting that puts theirs on another level. —Jeff Terich / www.sdcitybeat.com 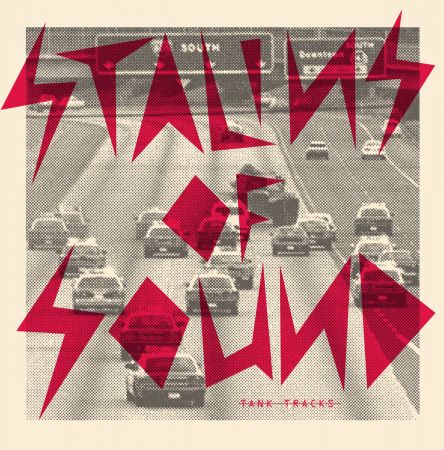