Fast forward to NOW, baby, and Mr. Moszynski the skins pumm’ler has assembled a crushing new crew o’ Canucks featuring Ryan Rothwell of Pow Wows (Get Hip Recordings) on guitar, bass and vocals, Chris McCann strumming and tweaking the 2nd git, and Jay Lemak fingering the organ and Fender Rhodes with much finesse. And Slovenly gripped their debut recordings, the “Future’s Almost Over” LP by STRANGE COLOURS, and we’ve been rubbing our knuckles and grinding our teeth in crazed anticipation of this glorious album’s release ever since. Ten tracks of Solid, Soulful and Swirling Stomp with four capital S’s. New music presented the old way... the RIGHT way! There’s zero “retro” here. Rock’n’roll is one thing and one thing only. It’s never been broke and can’t be fixed! From the dance floor vitriol of album opener “Get In Line,” to the timeless melody and gallop of “The Phantom,” continuing for the duration, and saying what they want to say at every turn. There’s no compromise here. It just doesn't exist in rock’n’roll. 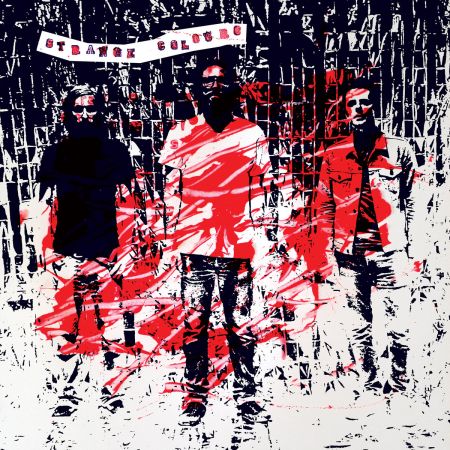