Betsy (The Flips) and Jon (Teenage Rejects, Catholic Boys, Tuff Bananas, Sticks'n'Stones, Rumble) Heibler started the Sugar Stems in the fall of 2007 with bassist Steph Swinney Conard (also of The Flips). The band played its first show in May of 2008, and originally featured Zach Byrne (Goodnight Loving) on guitar. The current lineup was cemented when Drew Fredrichsen (Leg Hounds, Jetty Boys) took over on guitar and backing vocals. The band released its debut single, "Beat Beat Beat" b/w "Crybaby", on Bachelor Records in 2009 and a year later issued its full-length debut Sweet Songs of the Sugar Stems on Bachelor and Dusty Medical Records. Those of us who'd been long awaiting an heir apparent to The Shivvers and Nikki and the Corvettes literally jumped for joy when we heard Sweet Songs, spending the subsequent months dancing in the streets and angrily rebuking local radio stations for failing to play "I Gotta Know". If you think it's a stretch to call said album a modern classic of power pop, you probably haven't heard it! The Sugar Stems returned in 2012 with a pair of incredible singles on Certified PR Records that suggested the band had somehow managed to improve upon perfection. It was perfectly appropriate, then, that the title of the band's long-awaited sophomore album would be Can't Wait. Released at the tail end of 2012 by Screaming Apple Records (Germany) and Dream On Records (Japan), Can't Wait now gets an American release on Dirtnap. This terrific LP shows "growth" in all the best ways. Without abandoning its signature honeyed melodies and high-spirited candy pop style, the band has made a more mature and consistent album that's definitely its best to date. The production has been stepped up another notch, and every song sounds like a hit. If you missed the singles "Greatest Pretender" and "Like I Do", they're here in all their infectious glory. But it's the more melancholy tracks that really showcase Betsy Heibler's development into one of the finest songwriters working today. Songs like "Make Up Your Mind" and the gorgeous "Love You To Pieces" are steeped in the timeless traditions of Brill Building and British Invasion pop, yet feel entirely fresh in the year 2013. Even when the songs themselves are not exactly happy, there's something about the Sugar Stems' music that just makes you feel good. No sophomore jinx here, folks. Can't Wait was totally worth the wait. Why is this band not huge?! 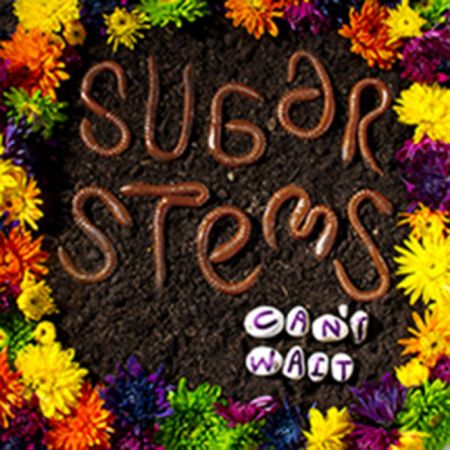