After four full lengths and at least two bucket fulls of singles, Slovenly has finally been graced with a 7” EP from San Francisco’s most petulant purveyors of punk rock, USELESS EATERS. Hand picked by JAY REATARD as the opening band on his last ever tour, Useless Eaters careen back on the scene with “Desperate Living” on the A side. It’s as good a song as band leader Seth Sutton has ever done, and he’s done a ton of them. “Dungeon” and “I Think She Wants To Find Out “ are on the flip and possibly even crazier. Ping-pong stereo KBD / '77 riffs bounce about and have never sounded as now as NOW. These three snotty blasts of weirdo pogo bring the attack with droning Buzzcocks licks and tribal, ritualistic beats. A raging session for their Slovenly debut! 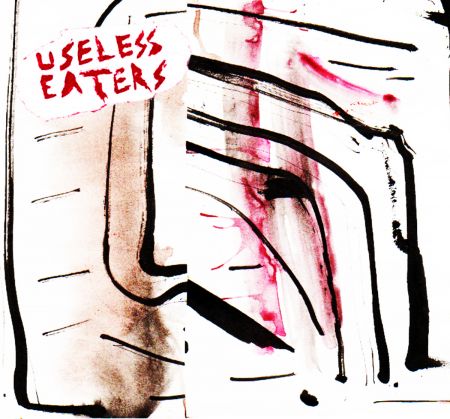