SKU
94EP
Be the first to review this product
€ 7,35
Our second release is the debut from Chino, CA's Vex Ruffin and the lo-fi Jerkheads. This four track 7" EP is going to be the most talked about 45 in every scene around the world focused on crazed music, from underground hip-hop circles (Vex is also recording an album to be released on STONES THROW this year) to the jaded know-it-alls at the garage/ weird-punk message boards. Vex Ruffin and the lo-fi Jerkheads is a one man unit armed only with a basic sampler, a smokin' stack o' wax ranging from early rhythm & blues to the crÃ¨me de la crÃ¨me of punk killers, an electric guitar and a mic. Imagine if Tipsy met The Spits and was severely underproduced, and what you get is a primo batch of lysergic slop ripe to be freaked at any good party.
[702-94] VEX RUFFIN & LO-FI JERKHEADS 7"
Skip to the end of the images gallery 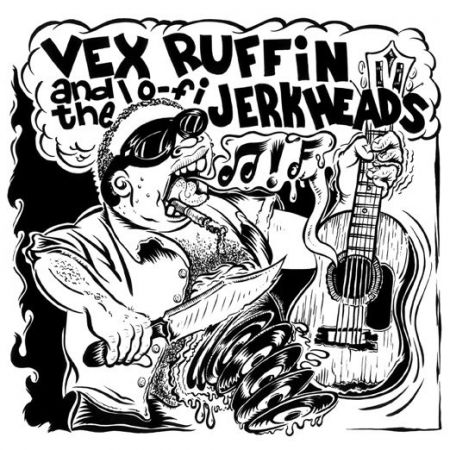